Well over a year after Pokémon Go became a phenomenon, we’re finally starting to see other major properties jump on the augmented reality train. There are AR games based on The Walking Dead, Harry Potter, and Ghostbusters in the works, and now there’s one that stars something a little bigger. Later this spring, we will see the debut of  Jurassic World Alive, which will let players interact with and collect dinosaurs hanging around in the world around them, much like Pokémon Go. 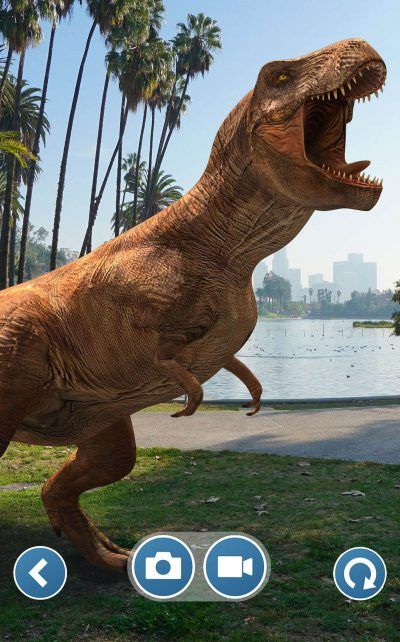 “Players discover dinosaurs by locating them on a map and deploying an in-game drone to collect DNA samples,” developer Ludia explains. You’ll also be able to snap a photo with your favorite dinosaurs, level up the beasts you capture, and, unlike in Pokémon Go, you’ll be able to battle them with other players. The game’s map screen, as shown in the debut trailer, even looks a lot like Niantic’s Pokémon AR game. Ludia previously developed a pair of park management-style Jurassic Park games for mobile.

Alive is expected to come to both Android and iOS in the spring, putting its release very close to the new film Jurassic World: Fallen Kingdom, which debuts on June 22nd. It’s not the only Jurassic Park game in the works, either: last year, Planet Coaster developer Frontier announced Jurassic World Evolution, a theme park simulator that’s due out on the PS4, Xbox One, and PC in the summer.

If you’re curious about  Jurassic World Alive, you can pre-register for the game on its official site.