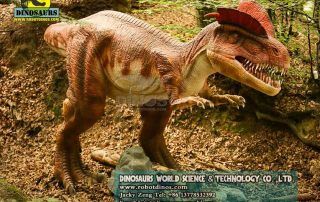 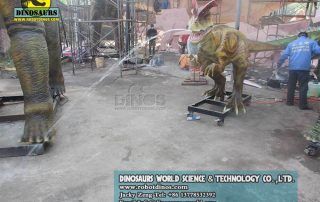 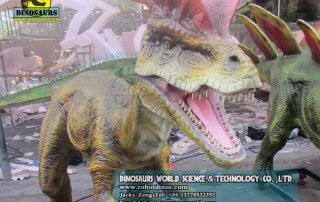 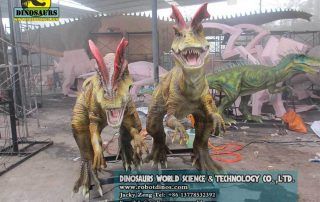 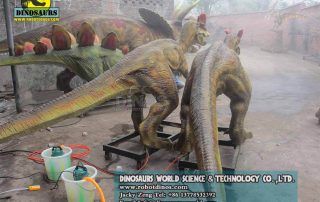 Dilophosaurus is a genus of theropod dinosaur that lived in what is now North America during the Early Jurassic, about 193 million years ago. Three skeletons were discovered in northern Arizona in 1940, and the two best preserved were collected in 1942. The most complete specimen became the holotype of a new species in the genus Megalosaurus, named M. wetherilli by Samuel P. Welles in 1954. Welles found a larger skeleton belonging to the same species in 1964. Realizing it bore crests on its skull, he assigned the species to the new genus Dilophosaurus in 1970, as Dilophosaurus wetherilli. The genus name means “two-crested lizard”, and the species name honors John Wetherill, a Navajo councilor. Further specimens have since been found, including an infant. Footprints have also been attributed to the animal, including resting traces. Another species, Dilophosaurus sinensis from China, was named in 1993, but was later found to belong to the genus Sinosaurus.……understand more

Movement：1.Mouth open and close 2.Head up and down 3.Neck left and right 4.Claws forward and back 5.Eyes blink 6.Stomach breathing 7.Tail left and right

This sizes and styles of our DILOPHOSAURUS are varied! Let’s take a look at the customized DILOPHOSAURUS we made for other customers.

The huge DILOPHOSAURUS has been finished, let’s see his performance!