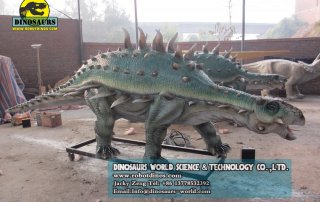 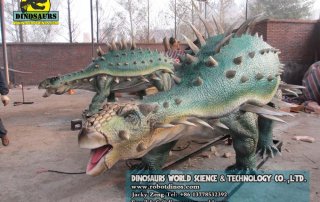 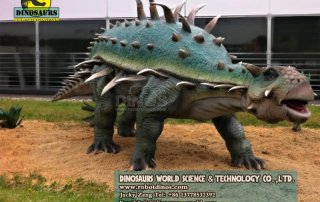 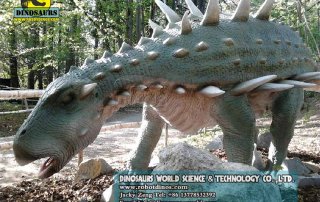 Polacanthus was a quadrupedal ornithischian or “bird-hipped” dinosaur. It lived 130 to 125 million years ago in what is now western Europe. Polacanthus foxii was named after a find on the Isle of Wight in 1865. There are not many fossil remains of this creature, and some important anatomical features, such as its skull, are poorly known. Early depictions often gave it a very generic head as it was only known from the rear half of the creature. It grew to about 5 metres (16 ft) long. Its body was covered with armour plates and spikes. It possibly was a basal member of the Nodosauridae.

This sizes and styles of our  Ankylosaurus are varied! Let’s take a look at the customized  Ankylosaurus we made for other customers.

The huge  Stegosaurus has been finished, let’s see his performance!