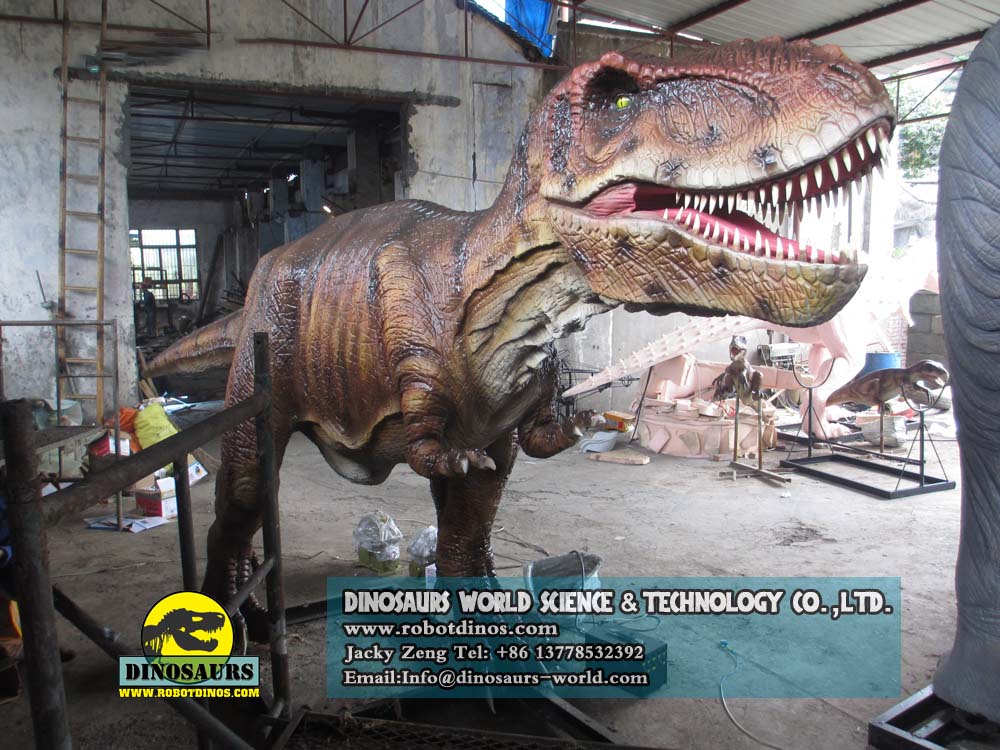 Tyrannosaurus is a genus of coelurosaurian theropod dinosaur. The species Tyrannosaurus rex (rex meaning “king” in Latin), often called T. rex or colloquially T-Rex, is one of the most well-represented of the large theropods. Tyrannosaurus lived throughout what is now western North America, on what was then an island continent known as Laramidia. Tyrannosaurus had a much wider range than other tyrannosaurids. Fossils are found in a variety of rock formations dating to the Maastrichtian age of the upper Cretaceous Period, 68 to 66 million years ago. It was the last known member of the tyrannosaurids, and among the last non-avian dinosaurs to exist before the Cretaceous–Paleogene extinction event.

This sizes and styles of our T-Rex are varied! Let’s take a look at the customized T-Rex we made for other customers.

The huge T-Rex has been finished, let’s see his performance!